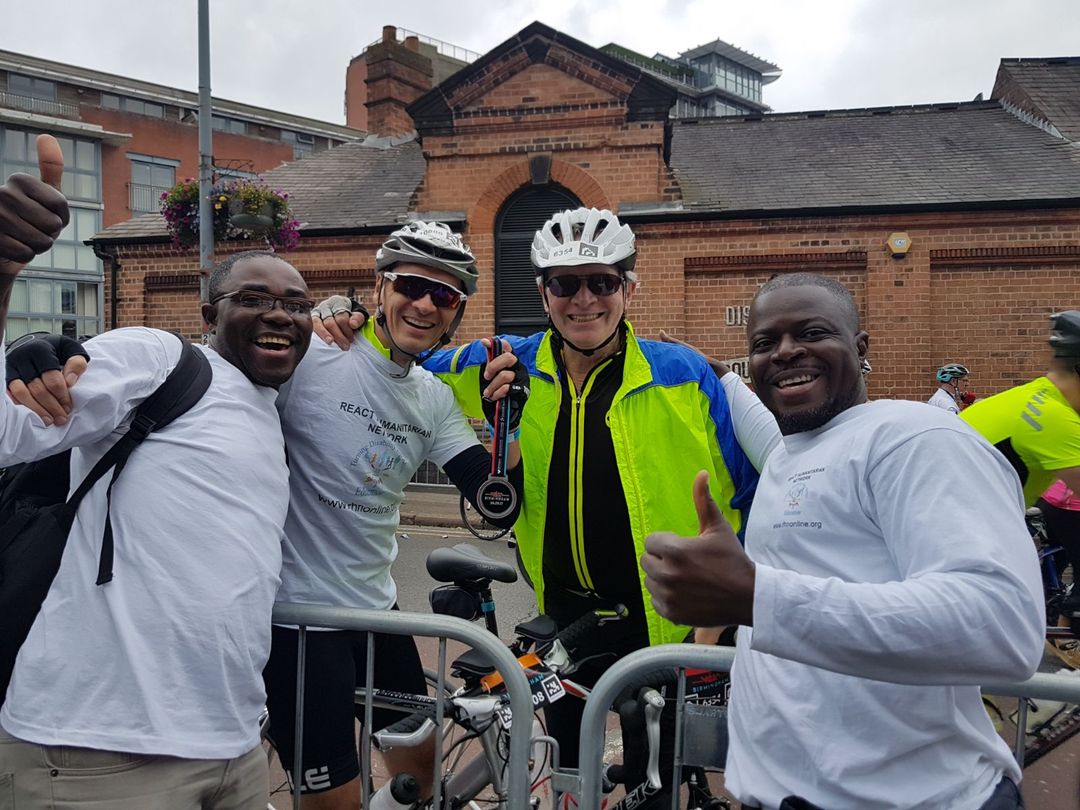 Leon Roos, one of REACT’s inspirational Trustees and his Dad Philip have completed a 100-mile cycling race at the Birmingham Velo cycle event to raise funds for REACT.

The event which brought together around 17000 cyclists from all around the UK was done to raise money for various charitable causes whiles boosting the economic trajectory of the Birmingham city. Leon since the lunch of REACT has been exploring many fund-raising ways to support REACT’s cause and came up with the idea which he hopes will become an example for other Trustees to emulate. Asked about his motivation for undertaking such a mammoth task for REACT?

Leon said, “I am really passionate about making education available to all children especially those who are disadvantaged.”
He said his vision is to make “REACT BIG” and make what we are doing be heard across the world because of its positive impact on lots of people. Asked about the same question, Leon’s Dad Philip, said he “likes to see REACT expand into the world particularly South Africa and that I will work with all the Trustees to ensure this expansion happens as quickly as possible.” As a keen cyclist, Leon has been involved in many sporting challenges in the past but said this is special to him because of the importance he attaches to REACT’s purpose.
Video of the at the finishing line: