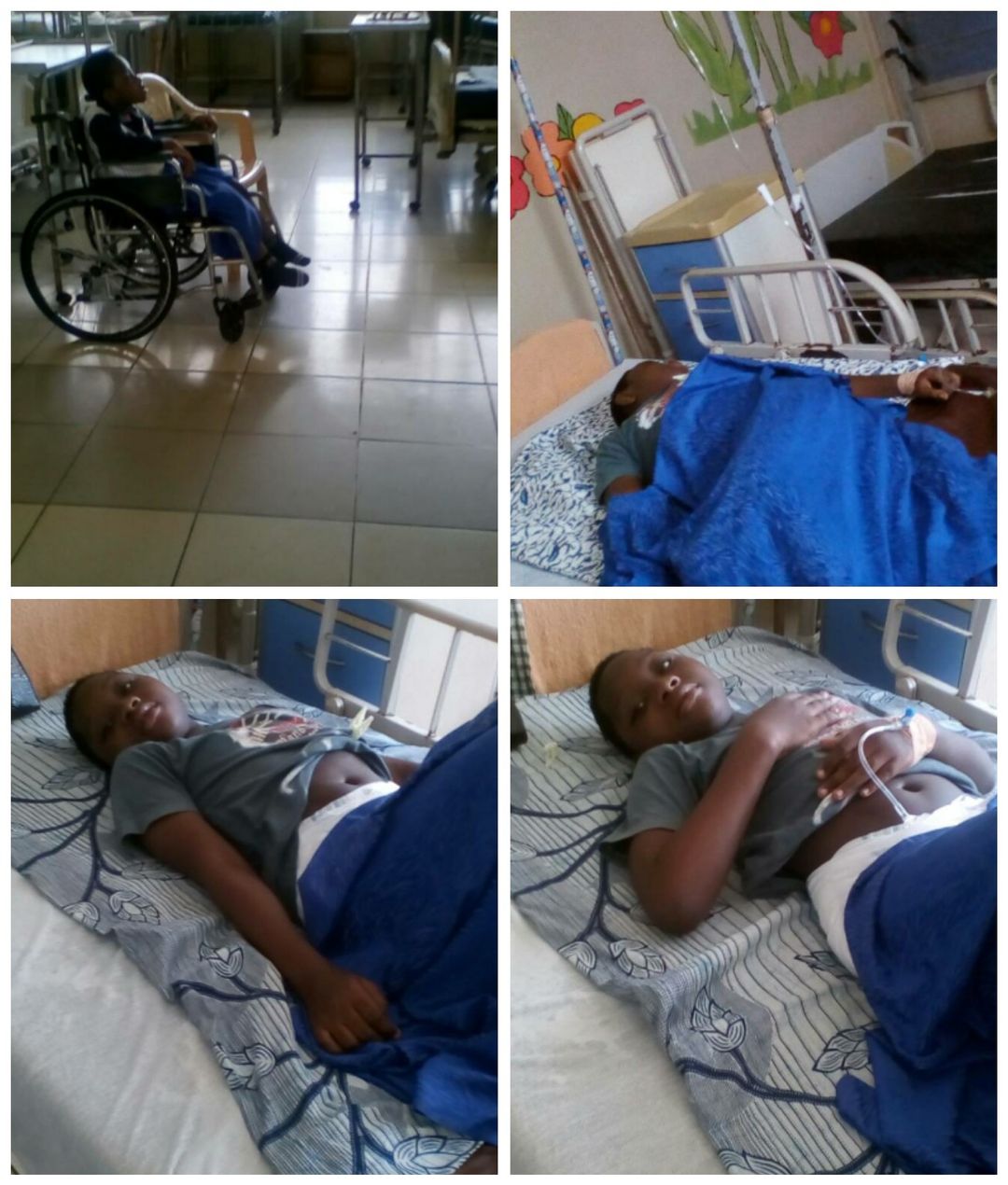 REACT met Richie in 2017 and has since donated a number of items including a wheel chair to facilitate his mobility and education. However, just last week we got the news we were not expecting from the mother. According Mum, Richard has Mild Hydrocephalus and Arnold Chiari Malformation which means for the past 6 years he has suffered a build-up of fluid in the cavities (ventricles) deep within the brain in excess. The excess fluid increased the size of the ventricles and puts pressure on his brain. Doctors said the pressure of too much cerebrospinal fluid associated with hydrocephalus can damage his brain tissues and cause a range of impairments in brain function therefore Richard requires a blood augmentation procedure to address his situation. Richard has been on the waiting list for years due to lack of funds and his situation is worsening such that he struggles to naturally ease himself as a result and often times defecate and urinates on himself. Upon further assessment last week, doctors agreed to conduct the operation for Richard at a discounted price of 6000 Ghana Cedis (£1200 equivalent). This kind gesture has left Richie’s mum Safia restless as she is struggling to raise the money.

Her only hope she told REACT is to borrow if she can find a lender and pay in whatever way she can afterwards. REACT is there to support but due to limited resources we are unable to relief the burden on both mum and son and require support.

Please help get Richard the medical intervention he requires in other for him to realise his dream of becoming a Banker.

Remember nothing is too small. Thank you for your kind support in advance.