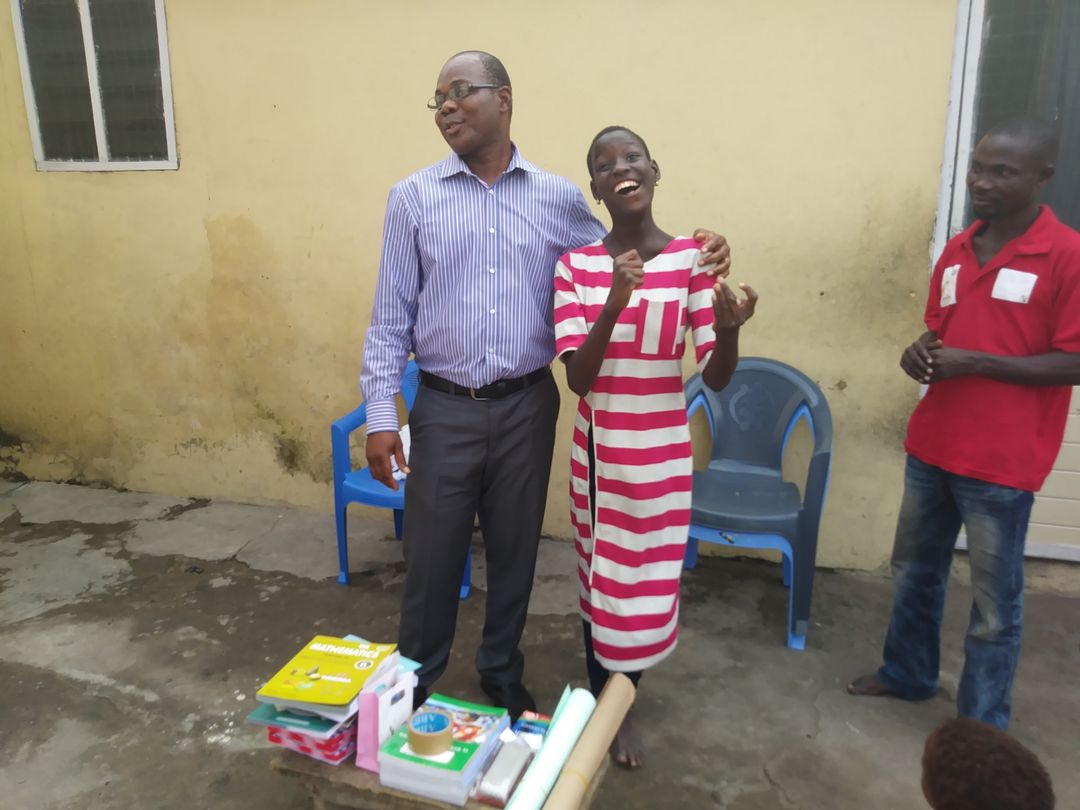 REACT renewed our commitment to Sherifa by ensuring her journey into a new school was fulfilled. REACT has been supporting Sherifa ever since we met in 2016. However, our relationship took a step further when we found out from her father that she has gained admission into a new school, but the family is struggling to procure the necessary list on her prospectus. REACT then met with the family and school authorities to ascertain the veracity of the claim and once we were able to confirm, we stepped in. We paid for her initial one-off admission charge, procured all the school materials, two sets of uniforms and her feeding fee for two terms all with support from SAGE Publishing. John Tsivanyo, REACT’s  Greater Accra regional Coordinator who presented the items said REACT is delighted to be part of Sharifa’s academic journey because it’s our ultimate promise to every disabled child we support. John urged the parents to continue discharging their parental responsibilities and REACT will support in the best possible way we can to ensure Sherifa realises her dream of becoming a doctor. Sharifa’s parents thanked REACT for their generosity and promised to update us of Sharifa’s progress.